Pop your popcorn, or pop your cork, then savor our curated selection of exclusive streaming movies from the comfort of your sofa!

Get your virtual tickets today! In a unique partnership with some of the most inventive film distributors that we work with fifty percent of each ticket purchased for On-Demand Cinema will go to support the Cameo, and help us return to our mission as a vibrant, community-centered cinema once this turbulent period is behind us. 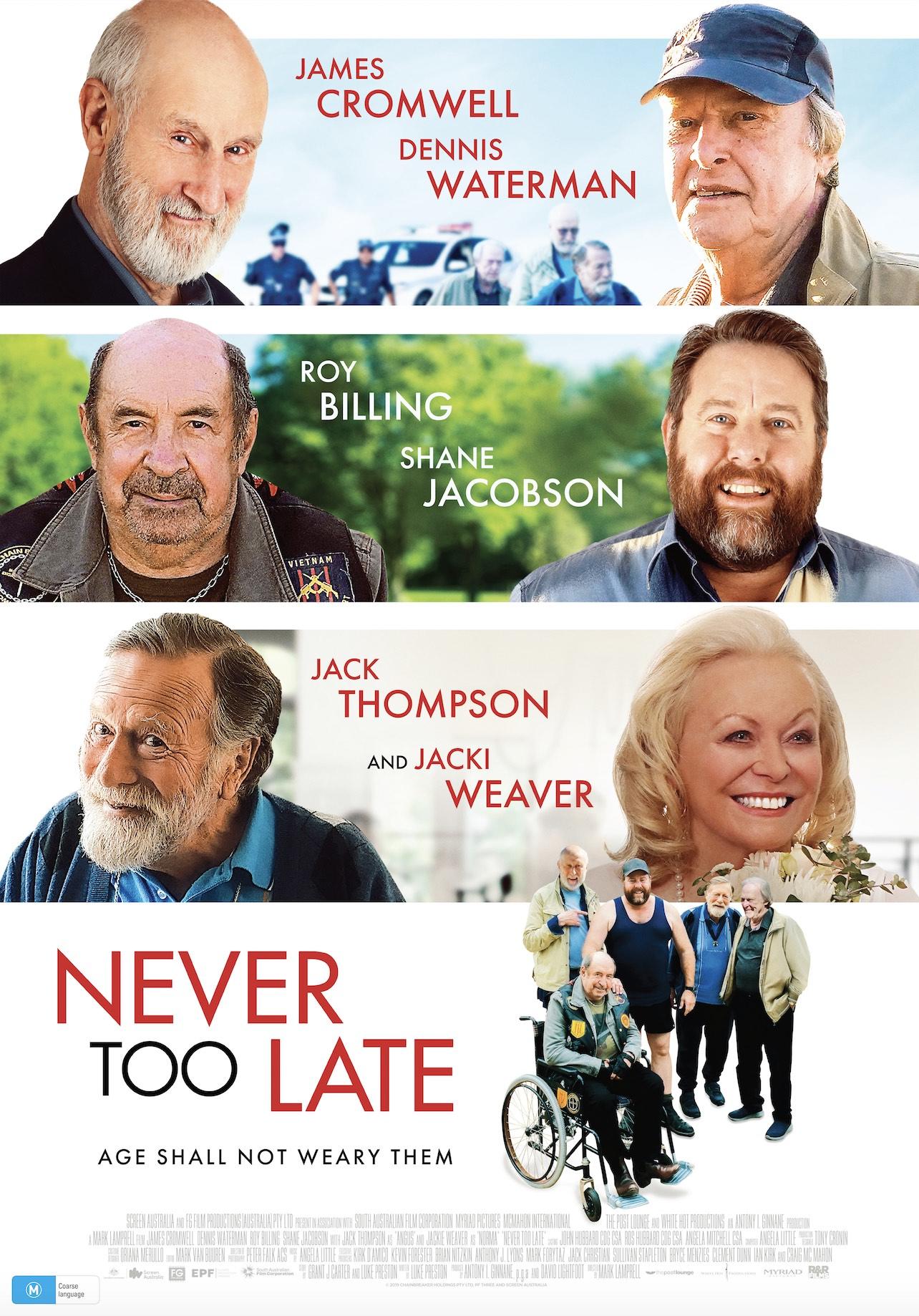 It has been a long time since Caine, Bronson, Angus and Wendell, aka, 'The Chain Breakers', escaped the torturous Vietnamese POW camp. They now find themselves sharing a new prison, The Hogan Hills Retirement Home for Returned Veterans. Each of the boys has an unrealised dream they want to achieve before it's too late. So, once again they band together to devise a plan to escape this new hell. But the rules of engagement have changed, in fact, they can't even remember what they were and that's half the problem. The American Nurse is a heart-warming film that explores some of the biggest issues facing America - aging, war, poverty, prisons - through the work and lives of nurses. It is an examination of real people that will change how we think about nurses and how we wrestle with the challenges of healing America. The film follows the paths of five nurses in various practice specialties from rural Appalachia, to prison hospices to nursing homes where the entire nursing staff comes together to sing for a dying resident.  And Brian McMillion, an Army veteran and former medic, rehabilitating wounded soldiers returning from war. The Bad and the Beautiful

The iconic fashion, art and portrait photographer Helmut Newton (1920-2004) described himself, half-dismissively, as “a professional voyeur.” Elaborating, he said “I photograph a body, a face, legs…” Always women. Typically nude. Often provocatively posed and photographed. Director von Boehm paints a layered portrait of an artist devouring the most beautiful women in fashion and film with his camera. It’s a fun, generally brisk biography, one whose tone might be the artist’s credo. Newton declared that there are “only two dirty words” in any of the three languages he spoke — “art” and “good taste.”

“Cathy has worked tirelessly to find a formula for a single screen theater to survive in this age of multiplexes.”  Eleanor Coppola, Award-winning, Producer, Director and Writer From July 10 to 17, stream Ai Weiwei: Yours Truly, the award-winning documentary detailing the human rights concerns at the heart of prolific artist Ai Weiwei’s practice.

Human rights become profoundly personal when Ai Weiwei, China’s most famous artist, transforms Alcatraz Island prison into an astonishing expression of socially-engaged art focused on the plight of the unjustly incarcerated. At the core of the installation, called @Large, were portraits of prisoners of conscience coupled with the opportunity to write letters of solidarity to the imprisoned.
In her impassioned and powerful film, director Cheryl Haines captures this monumental exhibition from conception to fruition, and as well visits current and former prisoners, including American whistleblower Chelsea Manning, to learn how these letters were vital to their survival.  Director, Cheryl Haines.NR, 76 min, Documentary A tender, heart-breaking story about one young man and his friendship with Sigmund Freud during the Nazi occupation of Vienna. Seventeen-year-old Franz journeys to Vienna to apprentice at a tobacco shop. There he meets Sigmund Freud (Bruno Ganz) a regular customer, and over time the two very different men form a singular friendship.  NR, 113 min, Suspense, Romance, Germany.

"It doesn't feel like it's warning viewers about what will happen in America, so much as telling us what's coming next." Nick Allen, RogerEbert.com

On June 15, 2020, journalist Maria Ressa was found guilty of cyber libel, setting a ticking clock on the limited time she has to get her story out to the world and keep the fight for democracy alive in this all too familiar tale of an autocratic leader drowning out "fake news." Nowhere is the worldwide erosion of democracy, fueled by social media disinformation campaigns, more starkly evident than in the authoritarian regime of Philippine President Rodrigo Duterte. Ressa places the tools of the free press—and her freedom—on the line in defense of truth and democracy. 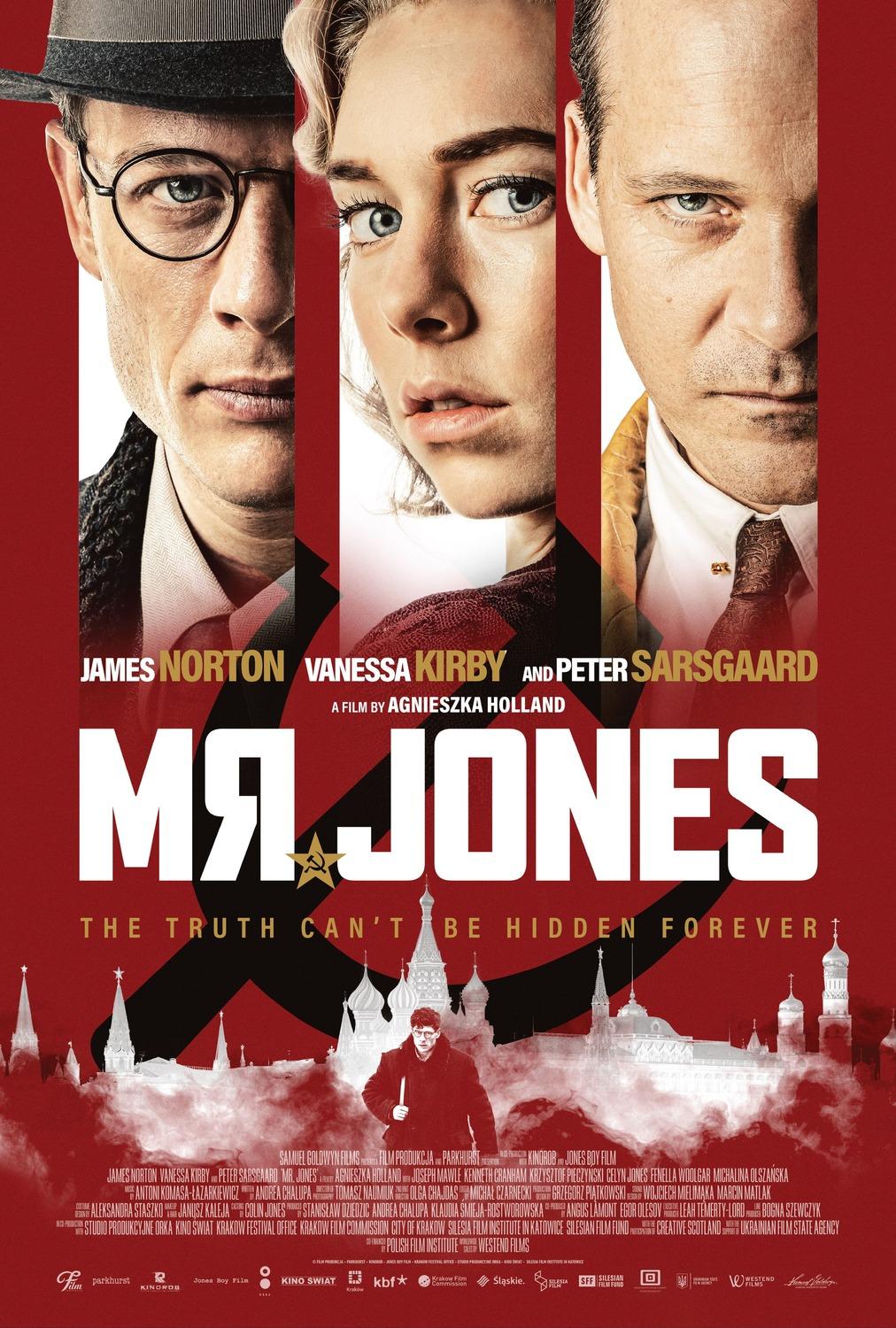 Ella: Just One of Those Things

Ella Fitzgerald was a 15 year-old street kid when she won a talent contest in 1934 at the Apollo Theatre in Harlem. Within months she was a star. “Ella: Just One of Those Things” follows her extraordinary journey over six decades as her sublime voice transforms the tragedies of her own life and the troubles of her times into joy. Director, Leslie Woodhead. 1h 29min | Documentary, Biography, Music   Spotify Playlist Here 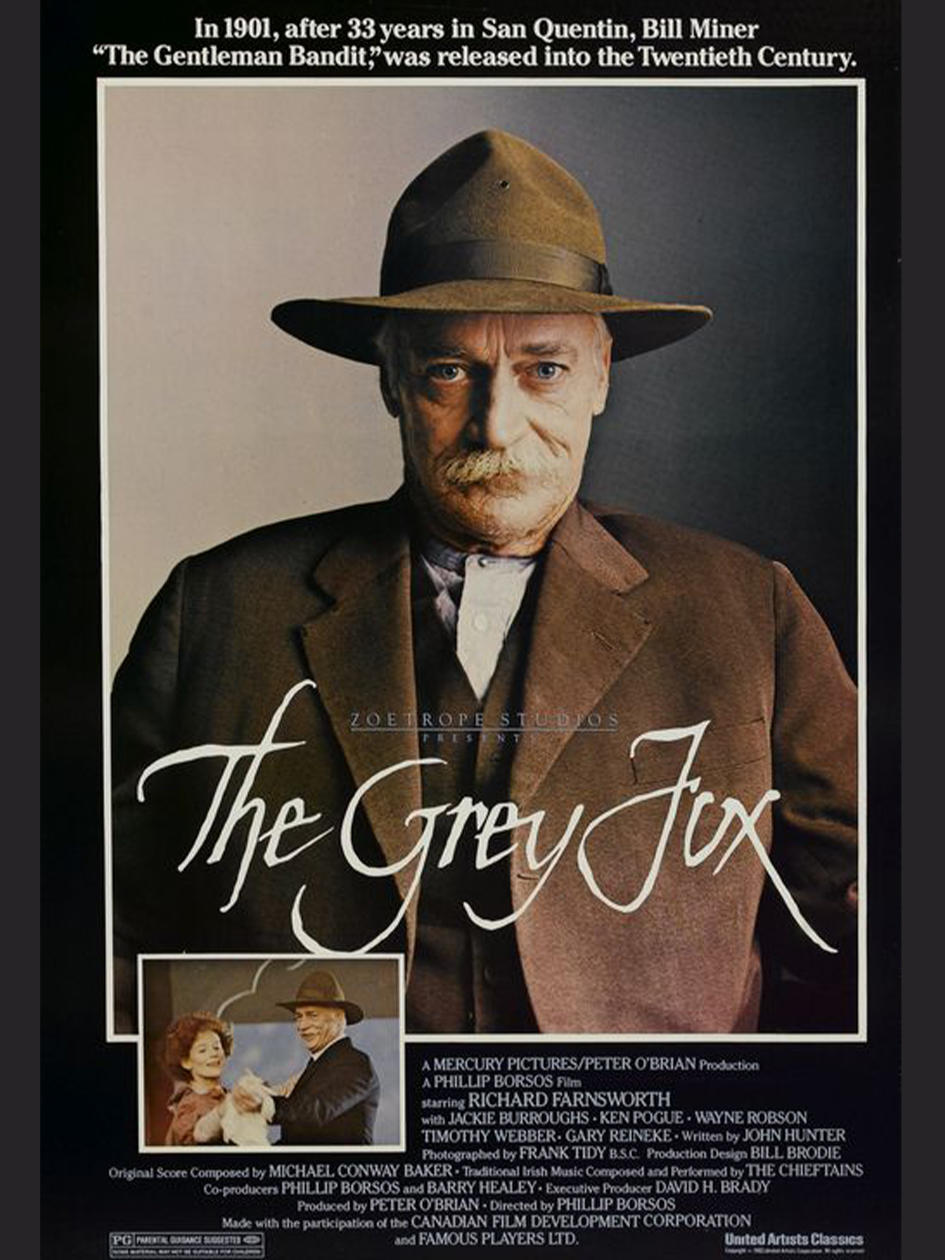 When an aging, but gentlemanly stagecoach robber is released from prison, he decides to go to Canada to become a train robber. 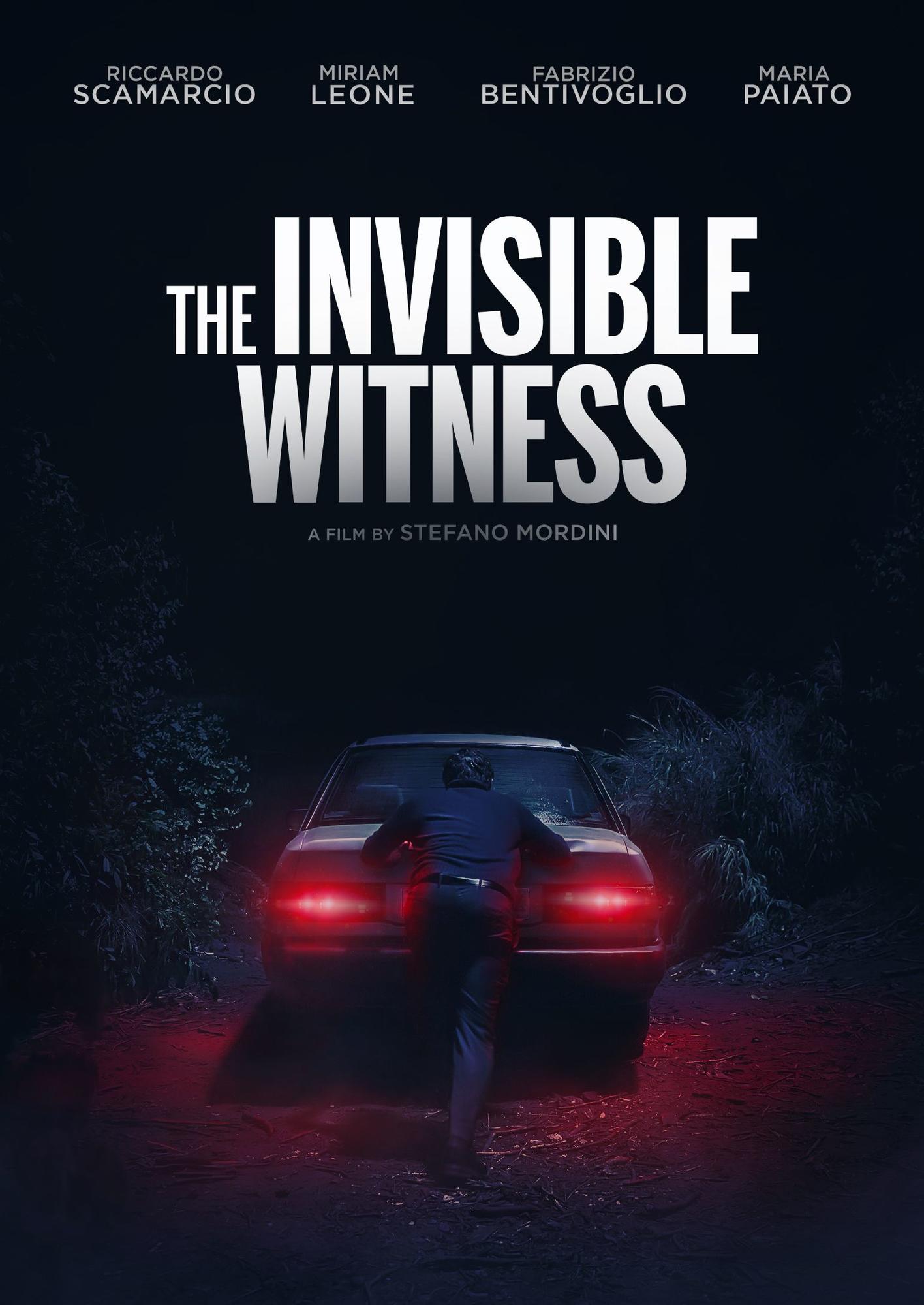 A locked-room mystery with a twist: A slickly successful businessman wakes up next to his dead lover and becomes the chief suspect. His defense lawyer’s never lost a case, but can even she help him? Thriller, Mistery – Italy – 2019 – 97′

In Italian with English Subtitles 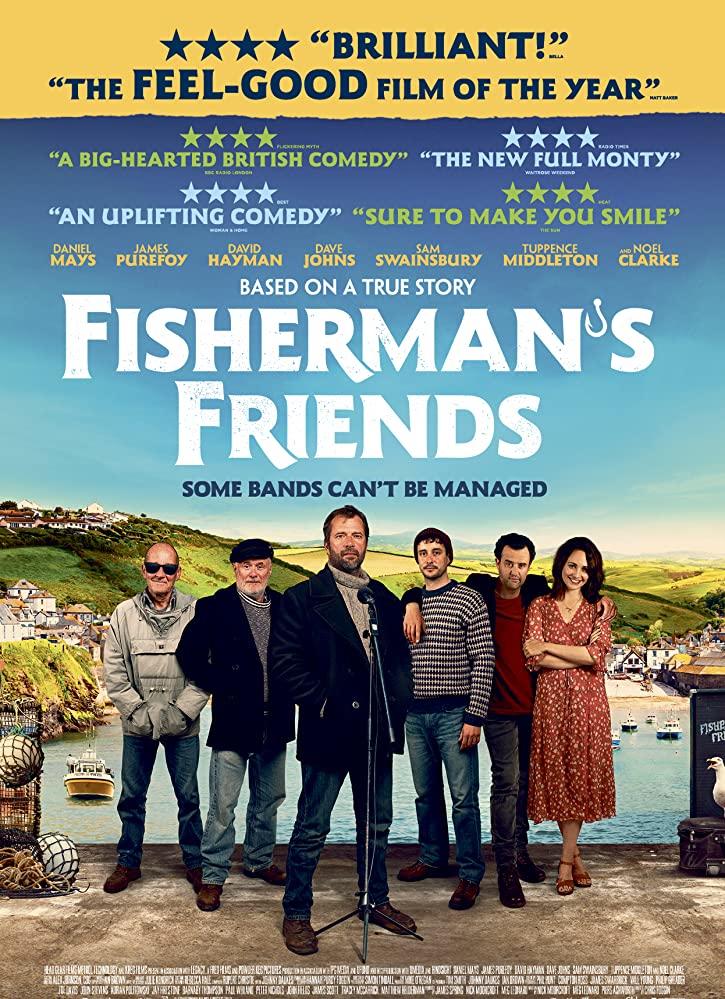 This cheeky true story of the part-time Cornish sea shanty group that hit the big time, is connecting with audiences just as powerfully as other British feel good hits such as The Full Monty and Calendar Girls. Director - Chris Foggin. PG-13 1h 52min | Comedy, Drama, Music

Watching On Demand Movies on your TV or Computer

Every new release we offer will be available through the individual distributor’s websites and streaming services. You’ll be taken to their websites to purchase and watch the film, but a portion of your ticket will help support the Cameo The film will be available to view for 3 days and you’ll have 72 hours to finish once you’ve started watching.

Apple TV: make sure that it’s connected to the same Wi-Fi network as the device you used to purchase the film. Then, click in the playback window and select your Apple TV.

Movies on the Eventive platform can also support Roku.

Google Chromecast: make sure that it’s connected to the Wi-Fi network as the device you used to purchase the film. Then, click in the playback window and select your Google Chromecast.

If you do not have Apple TV or Chromcast, you can use a HDMI high speed cable to connect your computer and TV. This cable is inexpensive and can be purchased at Target and Amazon; it comes in lengths from 4’ to 25’. For Ipads, you will need an adaptor from Apple. 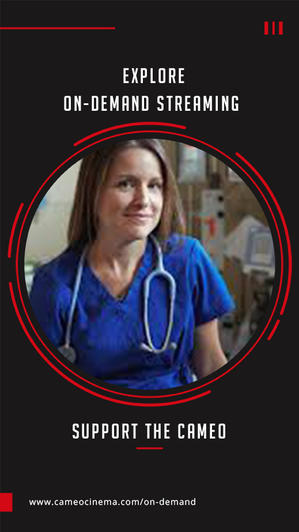